States' Rights and the Politics of Pot

*
Can Death With Dignity Legislation be Far Behind ?

Perhaps we are jumping the gun. The issue might be tied up for years in legislative wranglings. Nevertheless, it is good news that Washington has changed its position on use of marijuana for medical reasons.
Imagine the consternation among the hypocrites who oppose marijuana use for any reason. They walk the straight and narrow path. Smoke cigarettes ? Perhaps some of them do. Drink alcohol ? Oh, yes. Fornicate ? Yes, but only in missionary position, for reproduction, and after a prayer.
Right to Die

It is time to again put a Death With Dignity ballot measure before the people of California. Let's follow the enlightened people of Oregon and do what is right for terminally ill people who do not wish to end their lives stuck to tubes.

Of course, the same bunch that opposes decriminalization of pot will fight it. Money speaks. Barrage of negative advertisements succeeded twice in defeating efforts to pass ballot measures. But, as the song goes "Times, they are a-changing".

The Seasons: Cherry Blossoms and Spring

*
They go together. While the spring equinox (March 20th) is almost 4 weeks away, cherry blossoms have become visible all over the San Francisco Bay area.

Images of Yangmingshan flower festival in Taipei, Taiwan, published by the Guardian UK, reminded me that I took a few pictures when I saw blossoms appear on cherry trees in my neighbor's yard. That was early in February....on the 7th. We had a dry, almost rainless January. And February began with warm and sunny days. No wonder that the cherry trees got fooled and blossomed early. 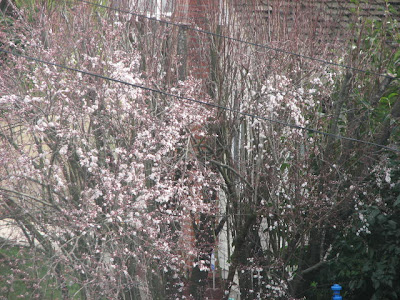 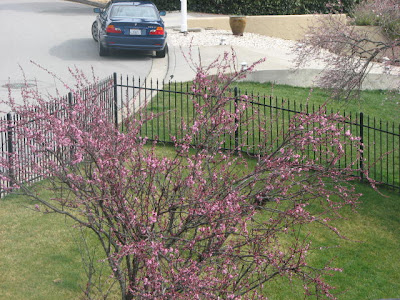 © Musafir
"Now of my three score years and ten,
Twenty will not come again
And take from seventy springs a score
it only leaves me fifty more.

And since to look at things in bloom
Fifty springs are little room,
About the woodlands I will go
To see the cherry hung with snow."

Not a State of the Union address but it had the feeling of being one.

It was a pleasure to see Joe Bidden occupying the chair at the back, right-hand side of the president. What a difference from former vice president' Cheney's milk-curdling visage. Not only that. When I thought of all the intrigues and secret deals that R.B. Cheney engaged in, it was most unpleasant to look at him.
And instead of a smirking man who had difficulty reading the teleprompter, we had a president who looked dignified -- slim, fit, young, and dignified -- and didn't fumble. Made us proud.
Props were used, and members of the Congress bobbed up and down to applaud just as they did for Obama's predecessor. Ty'Sheoma Bethea, the eighth grader from Dillon, SC, seemed to be lost and have no clue about the occasion. But good if she wrote that letter.
The Speech

Words, of course, mean nothing until action is taken to follow through and deliver. Politicians of both parties have been brazenly conning us and getting away with it. Somehow there was a different ring to what President OBama said. Perhaps because we desperately need solutions to resolve the mess our country is in. His words resonated, gave us hope that while there was no miracle cure, we could expect changes that would be good for America...and the world.
Former President Bush and his cabinet members lied about torture. Now, President Obama is on record.


There is no wiggle room.

Republicans Lost in their Small World

The Republicans just don't get it. They appear to live in a bubble where things stand stock-still. America is changing; the world is changing but, apparently they remain unaware and dream of recapturing power by championing free-market economy without any regulations and by castigating big government.
And their rebuttal to President Obama's speech was delivered by squeaky, wimpy Bobby Jindal, governor of Louisiana, who sounded and looked like a mechanical doll. Most viewers forgot about what he said before he was finished. Bye bye Bobby.
*****
Obama Congress Democrats Republicans Bobby Jindal
# posted by musafir @ 9:35 AM 0 comments

The Fall of Humpty Dumpty

*
Citigroup, Bank of America Corp. and Others

This morning, share price of Citigroup was down to $2.62; Bank of America Corp. was $4.12. 52-Week highs were $27.35 (C) and $43.50 (BAC). The financial sector continues to receive a drubbing....well-deserved drubbing. There is apprehension that some of the late, great financial institutions will end up being nationalized. Do I hear anyone say "Masters of the Universe"?

Unfortunately, the executives -- at Wall Street and elsewhere -- responsible for the current woes facing America and the world will not suffer much. They have made obscene amounts of money and stashed it away. It is a different story for the people who lost their jobs directly or indirectly from the actions of the shysters.

Across the Atlantic, in Europe things are not much better. Ireland, the much vaunted Celtic tiger, is facing high unemplyment rate and exodus of foreign investments.
The Royal Bank of Scotland is staggering under load of its toxic assets.

A step in the right direction though is that both American and British governments are moving against the long-standing practice by Swiss banks to provide shelter for ill gotten wealth of shady people -- from drug dealers to corrupt politicians -- of different national origins. See: The End of Swiss Banking as We Knew it (Business Week).
*****
Economy Wall Street Job cuts Ireland Swiss Banks
# posted by musafir @ 11:30 AM 0 comments

Yearnings of Richard B. Cheney

For what? A terrorist attack on US soil so that he can gloat "I told you so".

He no longer holds an official position but he just cannot let go. Reading about the former veep's remarks it becomes obvious that he misses the power that he used for so long to abuse and subvert laws and advance the neocon agenda. The dark sider continues to mutter about a scenario that, according to him, only the Bush administration's efforts prevented from being reality. The ex veep believes that President Obama is making our country vulnerable by not continuing to follow the same policies.

While no country, including the United States, is absolutely safe from acts of terrorism by fanatics who are ready to die for their cause, whether post-9/11 actions such as extraordinary rendition, torture, and holding people suspected of being terrorists, or aligned to them, for years without trial prevented further attacks is a claim that has been questioned by knowledgeable people, including high-level military officers.
But for the true believers -- ex vice president Cheney and his supporters -- things are in stark black and white. They have no doubts; they are infallible. If you think about what they have done in the name of war against terror you would get the impression that in some respects they are not much different than the Islamic jihadis portrayed as our enemies.
On a related issue about former prime minister Tony Blair's craven and hypocritical position on torture, so dear to the heart of our former vice president, Andrew Rawnsley wrote in the Guardian UK:
*****
Dick Cheney Terrorism Torture Bush Administration Tony Blair President Obama
# posted by musafir @ 8:21 AM 0 comments

A Novel from 1917 and Two Recent Ones

More than a year ago, on Dec 16, 2007, I posted an entry titled "South to North". Nothing very special about it except that I wrote about my search for a book, "To the North" ,written by Robert Graves. It turned out that I was wrong on both counts. The title was not correct, and Robert Graves didn't write the book I was thinking about.
Suddenly, one day last week from somewhere in the back of my head the name "South Wind" surfaced. Bingo! Written by Norman Douglas, that was the book I was searching for, a book that I read decades ago. Somehow it left a mark and I wanted to read it again. Los Altos Library, my favorite in the San Francisco Peninsula, didn't have it but I located a copy in the San Mateo County Library; the Menlo Park branch had it. The copy is a Modern Library edition published in 1924! Still in surprisingly good condition. 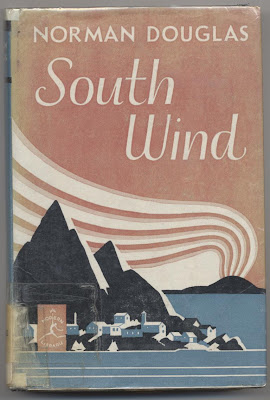 ©Random House, The Modern Library
The book was first published in 1917. Many readers thought that Nepenthe, the island where the story took place, was Capri. In the preface to the Modern Library edition, Norman Douglas wrote:
A visitor to my December 16, 2007, post had left this comment:


I wish I could get in touch with Notarius and say that I found the book I was thinking of.

These days I do not read too many novels but two that I have recently read and enjoyed are Per Petterson's Out Stealing Horses, and Bernhard Schlink's The Reader. The Reader has been made into a film with Kate Winslet in the leading role. My Scandinavian friends who recommended Per Petterson's book said they felt that the English translation was better than the original in Norwegian. That is high compliment for Anne Born, translator of Per Petterson's book.
Schlink's story is about the Holocaust and post-war Germany. The Holocaust left deep scars. I wonder how history would judge the atrocities committed by Israelis in Palestine.
*****
Norman Douglas Per Petterson Bernhard Schlink Holocaust Israel
# posted by musafir @ 11:27 AM 0 comments