Tyranny of the Religious

Two items that illustrate the harsh impact of religion on civilians in countries governed under arbitrary interpretation of scriptures.

What can one say about such atrocities?  I suppose it is better than stoning the women to death, as the Somalians do.

Here in America,too, there are people who would like to see total ban on abortions. Think about the possible scenarios if and when they get their way.

A Red-shouldered Hawk and Wild Mushrooms


After the morning fog dissipated, Valentines Day turned out to be sparklingly clear.   Hikers and runners took advantage of the weather.  It was difficult to find an empty slot in the parking lots at Rancho San Antonio.....another great preserve under Midpeninsula Regional Open Space District (MROSD). Arani Sinha and I were lucky to get space as a returning hiker pulled out from the lower parking lot.
We took the PG and E (Powerline) trail but did not go all the way up.  Exited on the Farm Bypass 2.1 miles from the parking lot and returned past Deer Hollow Farm on Wild Cat Canyon Trail. 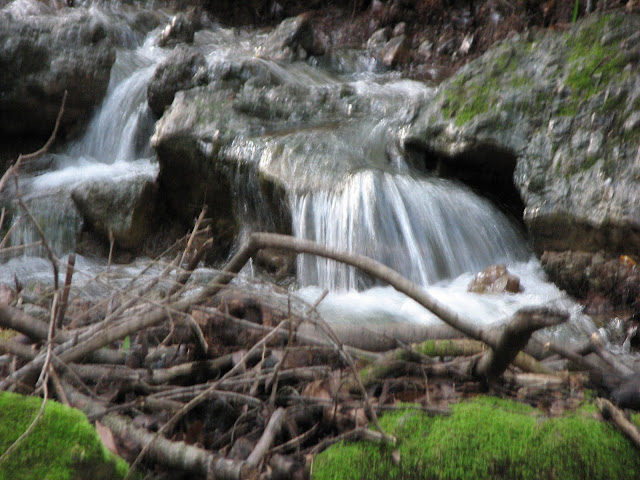 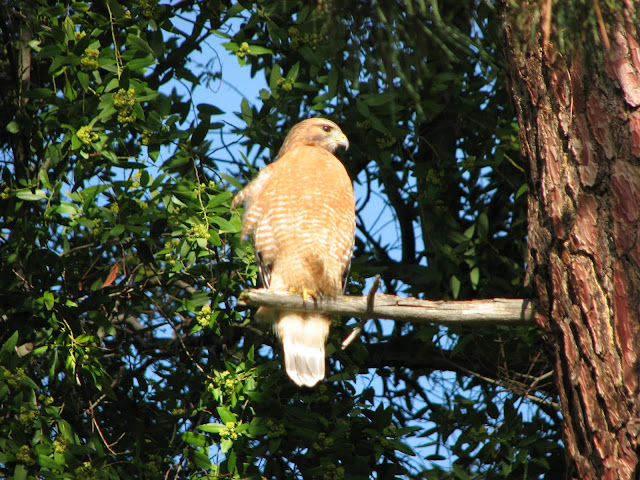 ©Musafir
Wild Mushrooms and Flowers
Forager in the woods 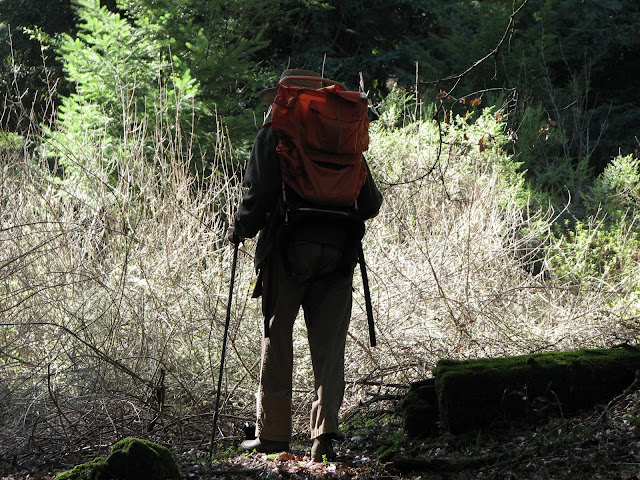 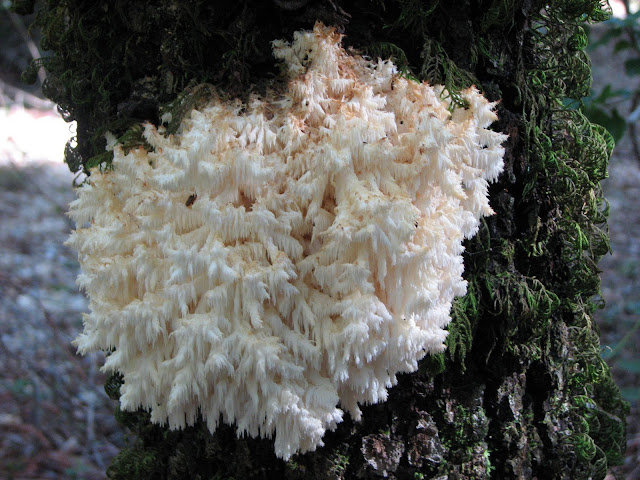 About five weeks before Spring Equinox,  there are still some chanterelles to be found.  But as the days begin to turn warm they will soon be  gone except in the north coast.

The woods will continue to give pleasure as the display of spring wild flowers begins. 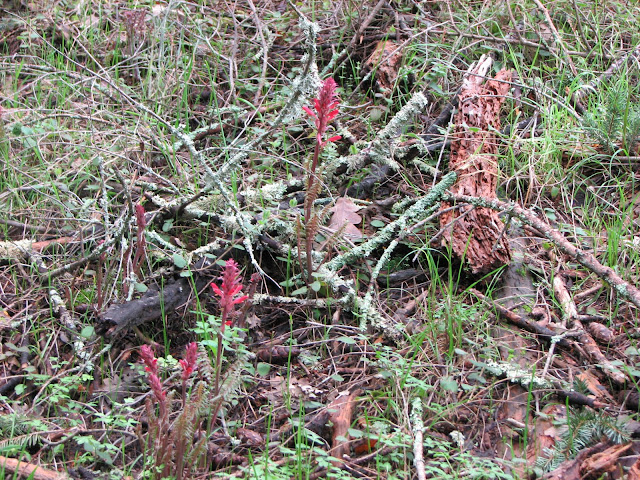 *
The woods, they are lovely * The Meadow * Pileated Woodpecker * Wild Mushrooms


Took advantage of a break in the weather to hike at Wunderlich County Park on Wednesday (Feb.10th). Easy to access, the park has a number of trails ranging from 5 to 9.5 mile loops. Some change in elevation as you head west toward Skyline but not too demanding.
The trails showed the effects of rains and stormy weather which we experienced in recent weeks. The muddy patches didn't pose much of a problem.
We took Bear Gulch trail to The Meadow (a distance of 2.5 miles) sat down and had a picnic lunch of a ragout made with butternut squash, white beans, some diced pancetta, and sprinkling of Herbs de Provence; steamed asparagus spears rolled in hot olive oil and garlic; fresh Ciabatta, with a half bottle of Sangiovase. Coffee and leftover pieces from a birhday cake with chocolate and cream topping. A lot of calories, yes, but we had a 2.5 mile hike ahead of us to return to the parking lot.


It was after the picnic that JHL, an avid birder, heard the call of a bird and, looking through binoculars , spotted a Pileated Woodpecker. I tried a few quick shots with my camera but didn't have much time to properly focus before the bird flew away.  On the way back we came across some Sulphur Shelf mushrooms; edible and good. There was an area full of White Coral mushrooms; they are not harmful but not worth picking.
Altogether, a good day. 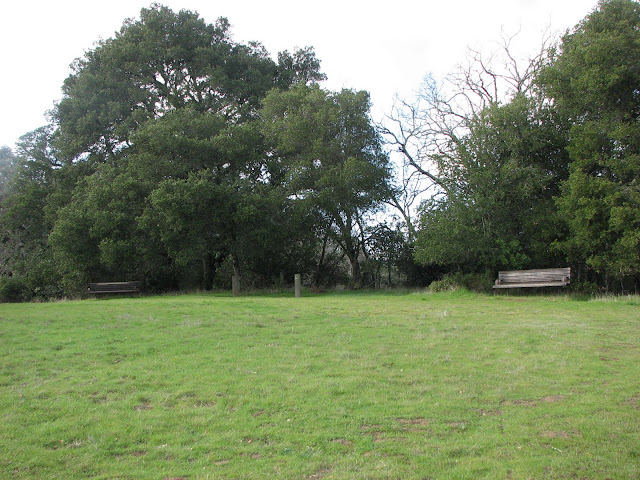 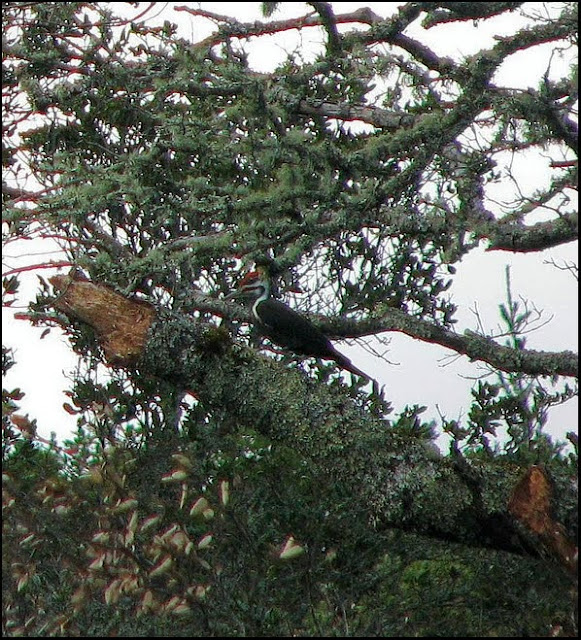 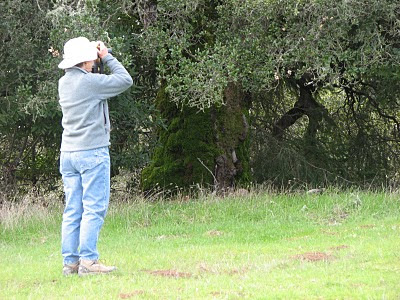 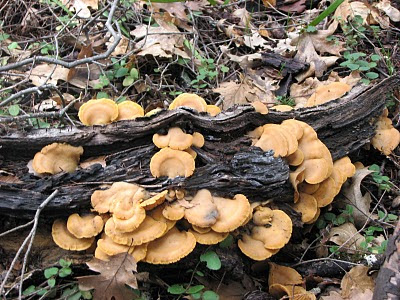 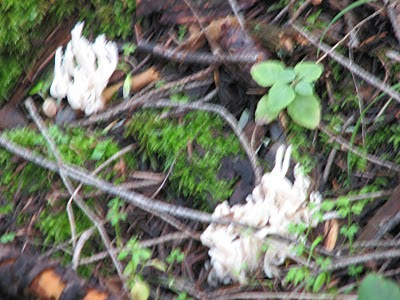 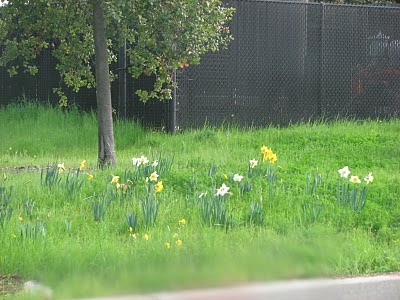 *
A Safe, Scenic Road for Bicyclists * The Family (Club)


On any given day, unless the weather is really beastly,  many bicyclists are to be found on Canada Road between Woodside Road (the town of Woodside) and Hwy 92, a distance of  just over 7 miles. And some hardy souls ride on it even when the weather is beastly. A good ride clears the head , gets  the kinks out from legs. One can stretch the ride  by taking Olive Hill Lane off Canada Road, and then continuing on to Miramontes Road or -- even longer -- to Kings Mountain Road, and then back to Woodside Road.  Great rides no matter which you direction you take.
On weekends and holidays  hoards of bicyclists ride both north and south on  Canada Road, and it is fun to see the faster riders jockeying for position to be in the lead. See Bicycle Sundays (closing of Canada Road to cars) in the web site chainreaction.com
Photographs below were taken during a ride in the last week of January.
Looking west, T-junction Edgewood Road and Canada Road 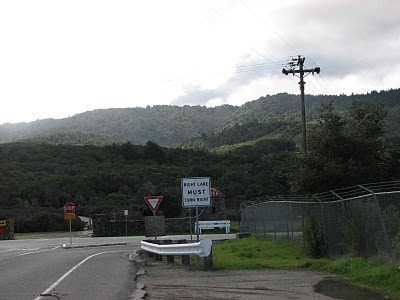 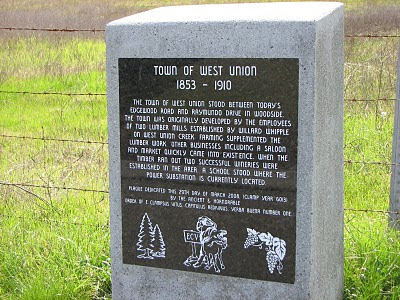 ©Musafir
A field of Oxalis weeds 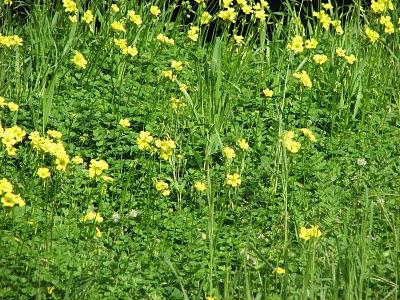 ©Musafir
Well nigh impossible to get rid of, I hated to see them in my yard. But, from a distance they look good. 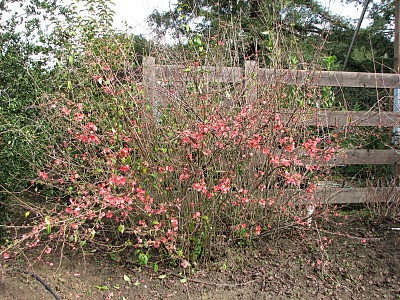 
Pyracantha bush - thorny, and the berries are poisonous. 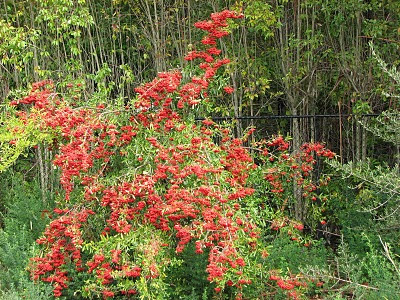 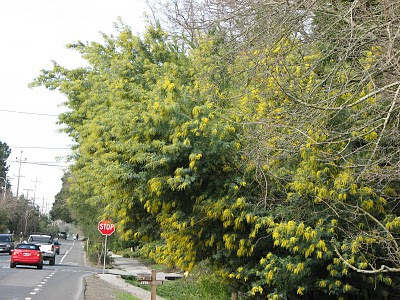 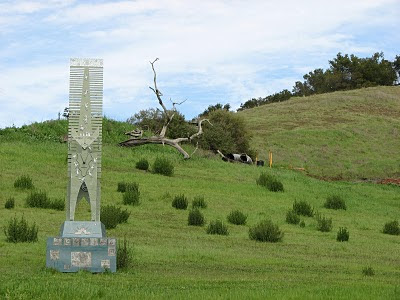 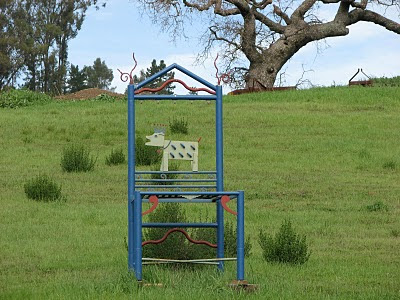 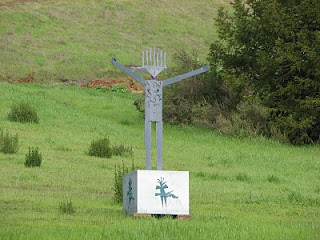 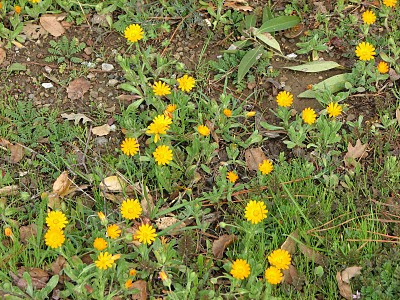 ©Musafir
Woodside is where  The Family, a private club formed by employees of The San Francisco Examiner and other newspapers owned by the Hearst organization in protest against banning of Hearst newspapers by The Bohemian Club, has its summer camp.  The main club, originally located at Post Street, San Francisco, was relocated after the 1906 earthquake to corner of  Powell and Bush Streets.